Are you looking for Best Ways to Paraphrase Without Plagiarizing In 2023?

Then you are in right place

Plagiarism is the act of stealing another person’s words and using them for your own benefit.

This goes against copyright law and is a highly unethical action.

While there are people who intentionally commit plagiarism, there are just as many people who do so unknowingly.

Mixing up author names, wrong citations, and even freak coincidences resulting in similar wording as another person are just some ways in which accidental plagiarism occurs.

This type of plagiarism, especially the coincidental one, can be dealt with by paraphrasing.

A paraphrase generator can simply reword the part of the text that is duplicated and make it unique again.

But then there is also a type of plagiarism called paraphrased plagiarism in which only the idea is stolen and the words are changed.

So, how can you Paraphrase without Plagiarizing? Read on to find out.

5 Best Ways To Paraphrase without Plagiarizing

The first thing you need to know is that, if you are using the work of other people, then you need to cite your sources correctly.

If you don’t, then that will count as plagiarism even if you paraphrase it.

But there are some differences in how they tell it.

In direct speech, you use quotes and inverted commas and recount everything verbatim.

However, indirect speech does not use inverted commas.

It recounts how something was said in a “reporting” manner.

Indirect speech: He said that he would come home by 9 pm.

Indirect speech is always in the past tense, while direct speech can be used in any tense according to the situation.

So, you can use this technique to rephrase some given text while avoiding plagiarism.

But be careful if you are using this method to restate something from a journal or an article, as in that case you need to credit the authors.

2. Use Synonyms to Replace Word

Synonym replacement involves reading the text and marking any words that feel repetitive or difficult.

Then you must replace these words with their synonyms.

However, you should know that not all synonyms of a word are suitable because some of them are context-sensitive.

So, you need to be careful of that when paraphrasing.

An easier way to do that exists as well. It entails that you get assistance from a paraphrase generator.

Paraphrasing tools or paraphrasing generators use AI to understand the text’s context.

That’s why they can replace any words with the proper synonyms.

This way, you can avoid replacing words with incorrect synonyms during paraphrasing.

Alternatively, you can also seek help from an experienced writer as well.

They can guide you and tell you why certain words are contextually wrong.

Another key technique of paraphrasing is to change the structure of a sentence.

It basically means that the order of the words in a sentence is changed, but in such a way that the meaning remains the same.

This is one of the most important aspects of paraphrasing, as altering the sentence structure leads to a considerably large change.

A passage that has been paraphrased by changing the sentence structure does not look like its original version at all.

Pairing this technique with synonym replacement is one of the most effective methods of paraphrasing.

As always whenever you are paraphrasing any text, you should make sure that it belongs to the public domain, otherwise, you need to cite it.

An example of altering sentence structure is as follows:

He ate my apple pie and refused to apologize.

He unapologetically devoured my apple pie.

See that “ate” was replaced with “devoured”, and the “refuse to apologize” part was moved to an earlier part of the sentence.

It was also reworded as “unapologetically”. Now the two sentences do not look remotely alike.

Passive voice is usually not desirable as it makes a write-up look weak. But if you are paraphrasing something, then you can use this technique sparingly.

By changing the voice, a sentence can look considerably different. Of course, using this method along with another paraphrasing technique,

you can make the sentences look very diverse.

Some examples of active and passive voice are shown below:

The owner sold the company for $7 million.

The company was sold for $7 million.

You can see how the words “the owner” were omitted in the passive voice version.

That’s because passive voice puts the emphasis on the object and what is being done to it, rather than the “who” is doing it.

In this case, the object is “the company.”

In active voice, the emphasis is on “who” is doing the “action”.

We saw that “the owner sold…” where “owner” is the subject and “sold” is the action.

In active voice, the action/verb is usually directly in front of the subject.

As you can see, even a short sentence like the one in the example can be changed significantly, simply by changing the voice.

The effect is more prominent when we paraphrase longer sentences and compound sentences.

Let’s look at an example of a longer sentence and how different it looks in passive and active voice.

They have shipped approximately 500 units in the last six months.

Approximately 500 units were shipped by them in the last six months.

Of course, if you complement this technique with synonyms replacement, the rephrasing will become more thorough.

This is a lesser-known method of paraphrasing. People usually don’t think about numbers when it comes to rephrasing, but they tend to forget that numbers can also be written as words.

So, it is perfectly plausible to spell out any numbers and figures instead of writing them in their numerical form.

Obviously, the opposite is true as well. This may seem like a small thing, but if you are paraphrasing content that uses a lot of figures, then the resulting change can be quite significant.

A small example of writing numbers as words are as follows:

There is another way of writing numbers in different forms.

It involves stating the figure in a generalized form instead of being specific.

Some examples of that are as follows:

As you can see, they mean the same thing, but they are stated very differently and that gives the impression that the data is new in some way.

These are just some ways in which figures can be reworded.

Figures are usually the result of intensive research, so make sure you cite the source from where you got them.

That way your paraphrasing will be plagiarism free.

FAQ For Paraphrase Without Plagiarizing

The most common method of plagiarism is copying another’s work and submitting it in your name.

You need to paraphrase your content if it has any accidental plagiarism in it, or if you want to reduce the reading difficulty of your content.

3. How to paraphrase effectively?

The tips mentioned in this article can help you paraphrase effectively.

If you are unsure, then you can always rely on a paraphrasing tool for effective rephrasing.

4. Why do we need to avoid plagiarism when paraphrasing?

Plagiarism is a dishonest act that violates Copywrite law.

If you do not avoid plagiarism when paraphrasing, then you open yourself up to a lawsuit and risk jeopardizing your career.

5. How do I know if my work has plagiarism?

You can use some free online tools that can check for plagiarism to see if your content has duplication or not.

You will need to write your content in a digital format to do so.

Conclusion For Paraphrase without Plagiarizing

Paraphrasing is an effective technique for improving the quality of a write-up. It gives writers the freedom of articulating ideas in their own way.

With the help of paraphrasing, users can remove any accidental plagiarism, as well as ensure that your write-up is easy to read.

The tips discussed in this article will help you learn how to get started with paraphrasing.

Once you’re comfortable with this level, you can conduct more research and learn the advanced mechanics of utilizing each technique.

With enough time and practice, you will become an expert at Paraphrase without Plagiarizing 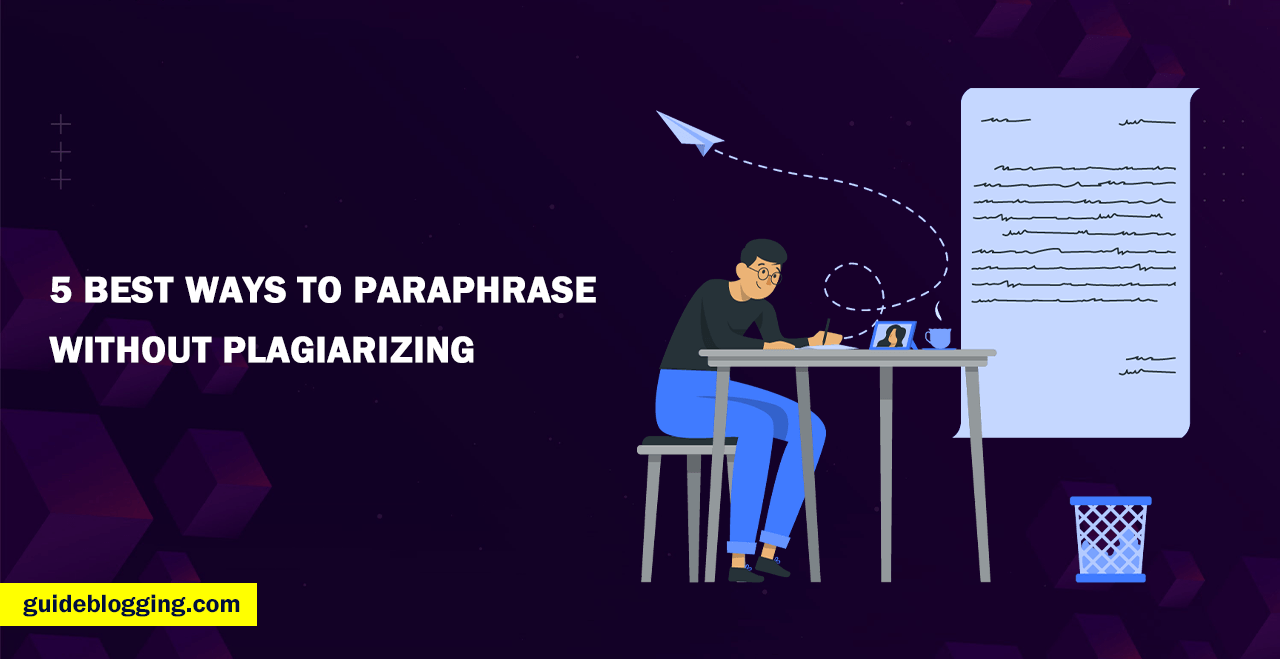 The Full-time Blogger, Affiliate marketer,Product Creator and Entrepreneur. I’m a 22-year-old full-time blogger who loves to do blogging and affiliate marketing and launching product in international’s market and helping people how to achieve same 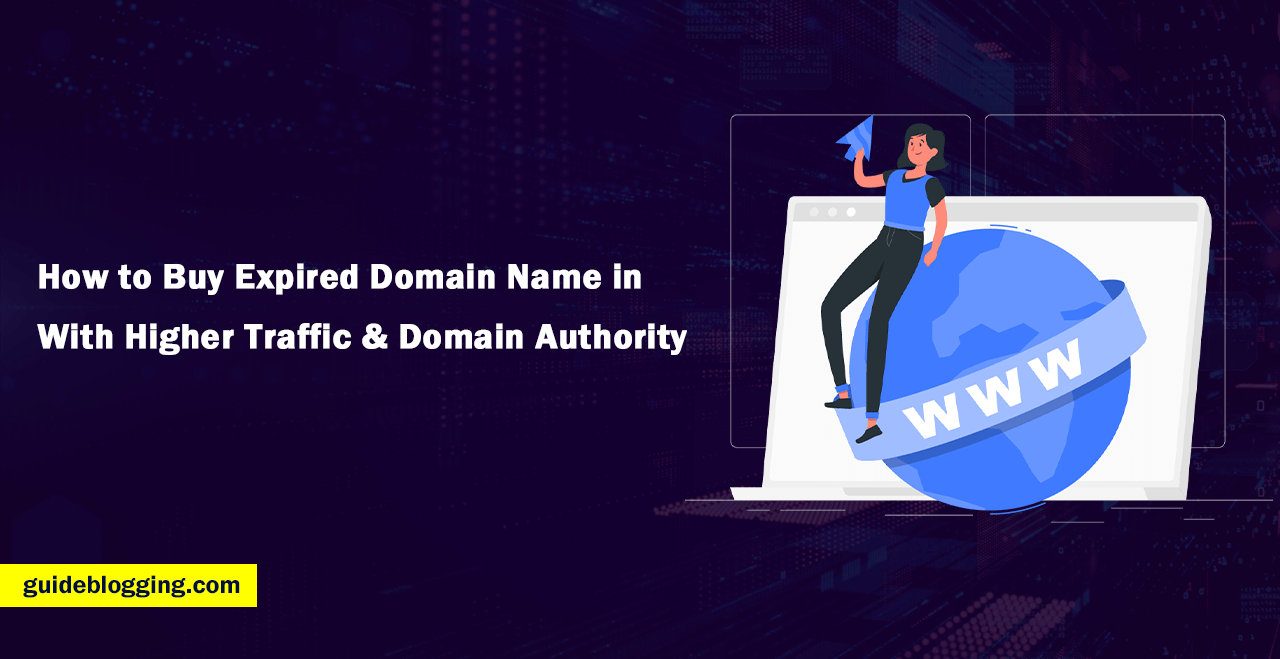 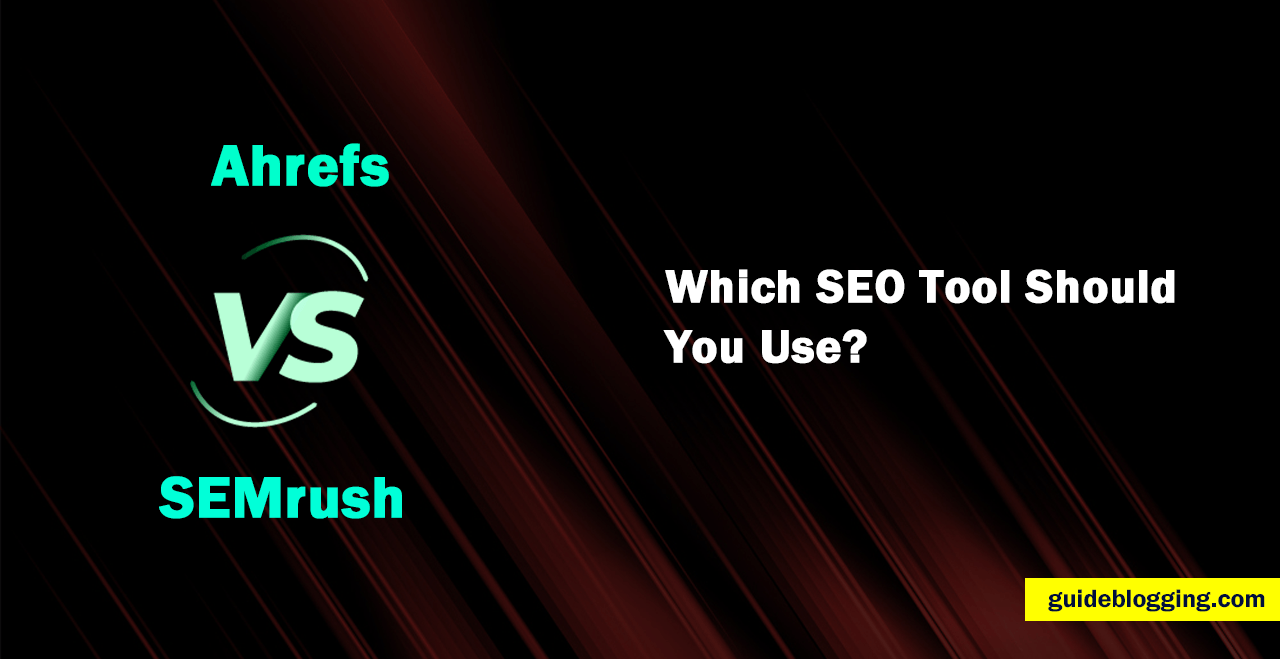 Ahrefs vs SEMrush 2023 – Which SEO Tool Should You Use?

Some of the links to products on GuideBlogging are affiliate links. It simply means, at no additional cost to you, we’ll earn a commission if you buy any product through our link.